Before we had mentioned how dais often use almost religious, or magical invocations. Below we present other countries perceptions of birth time in a similar almost magical manner. 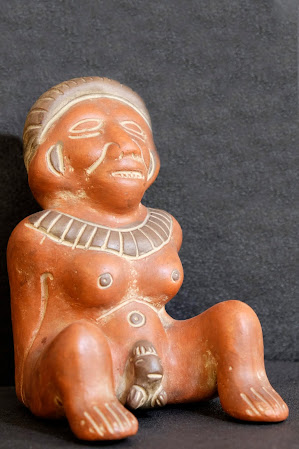 Aztec Goddess of Fertility and Birth

This is an Aztec Goddess associated with numerous meanings, including birth, fertility, midwives, purification and also filth.  As a purification goddess, she was seen in Aztec culture as a cleanser of filth and disease.  However, as is shown in this sculpture, the goddess is associated with birth.  Furthermore, her symbolic and iconographic connections to birth appear to have grown over time, as one today finds replica Mexican sculptures of the birthing goddess, some of which are used by pregnant women in preparation for birth. 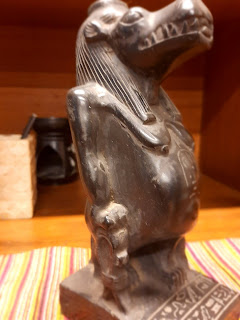 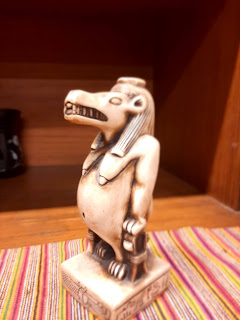 Ancient Egyptians envisioned the One who helped them during pregnancy, birth and postpartum as Taweret, a hippopotamus. Often called "Lady of Heaven", "Mistress of the Horizon", "She Who Removes Water", "Mistress of Pure Water", and "Lady of the Birth House".
Posted by Janet Chawla at 5:42 PM

Janet Chawla
I am an American by birth and have lived and worked in India for over 40 years. I began by teaching ‘natural childbirth’ classes to women and couples, helping them prepare for natural birth but then became frustrated by the over-use of invasive obstetrics. This led me to investigate traditional childbirth and pregnancy and dais (traditional midwives). I am Director of MATRIKA, an NGO working in research and advocacy for humane and traditional birth practice. My most recent work has been with the Jeeva research project.